“To meme, or not to meme: that is the question.”

Perhaps not the direct quote from Shakespeare’s famous Hamlet soliloquy. But we have to wonder: if the self-obsessed Hamlet was a modern-day advertiser, would he pose this existential question? Speculation aside, memes have swept the internet by storm with their relatability and simplistic model of humor. Advertisers have recognized the potential these viral images pose to attract Millennials and Gen Z’ers, and a few have even capitalized on this facet of the Internet. While some succeed, most fall short because creating a relevant and successful meme is no small task.

The history of memes is a complex one that begins in 1976. Coined by Richard Dawkins in The Selfish Gene, a meme is representative of one way cultural information can spread. The Internet meme as we know it wasn’t conceptualized until 1993 in the June issue of Wired. In its simplest format, a meme is an image with text over it. Something like this: 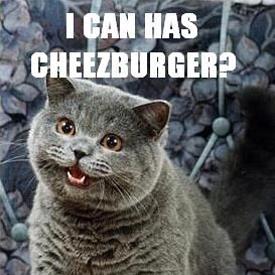 Oh yes, we’re throwing it back to the days of lolcats.

Memes have become part of pop culture and influenced other memes. They were originally shared by email, chat groups, or message boards, but now there are whole platforms—like Reddit and Tumblr— devoted to meme posting.

The benefits of using a meme on your social media are many. Memes produce an immediate reaction, are easily shareable and can be relatable if done right. An exemplary company would be Wendy’s. Their Twitter is full of pop culture references that play well to their audience, creating a unique voice that encourages customer interaction and feedback.

So, if memes can be such a good thing, why isn’t EVERY company doing it?

Well, comedy is at the heart of every meme. And let’s face it: not everyone is funny. Memes guarantee an immediate reaction—whether its laughter or disdain—and for memes to be effective, a brand must be incredibly in-tune with its audience. Memes are shareable, trendy, recognizable content that aims for the quick laugh and can either attract or repel consumers.

But come on—how hard can it be!?

Well, the answer is surprisingly. Using a meme to push product and build brand recognition can easily be construed as disingenuous, and companies who get it wrong often end up looking like this: 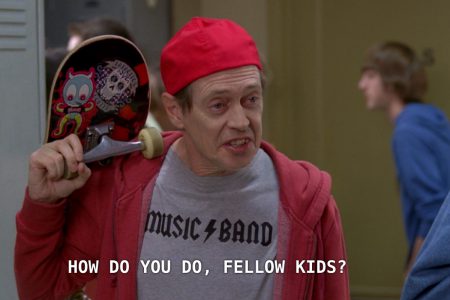 Even if you’re not a fan of 30 Rock, you get the point. Steve Buscemi dressed as a “youth” lugging around a skateboard doesn’t play. This is how some companies look when they post an irrelevant or misused meme. The word we’re looking for? Cringeworthy.

Who knew typing a few words over an image would be such a daunting task?

Trying too hard to be “hip and cool” results in cringeworthy posts that are unrelatable and turn-off the target audience. Millennials are far more than the avocado-loving, kombucha-drinking, napkin-killing stereotypes they’re often presumed to be. This generation, and the following Gen Z’ers, have created an entire culture around memes with genres, sub-genres, and niches that offer a form of catharsis. Memes have evolved from simplistic images with no relevance to becoming part of the culture. Self-expression, satire, and introspection are just some affordances of memes and understanding how—or even if—they resonate with your target audience is a crucial step in formulating your social media brand.

Internet humor is a fickle beast and its subjectivity makes creating the proper meme a tough task. Even the above Steve Buscemi may make you cringe or exhale sharply through your nose. It all depends upon the audience. So, how do you know what to post? Well, the experts at TOTAL can tell you! Though we don’t post memes, our team of creative experts and branding specialists can take your social media to the next level, building brand presence and increasing business.

Contact us today for real results and a better brand strategy!